Flowers and a Weed 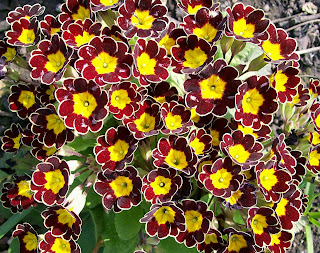 When we moved into our current house, it was obvious that the garden had been seriously neglected for many years. 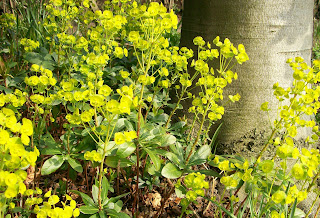 Since then we have cut back, dug out, landscaped and planted. In general a great deal of work has been done to develop and improve the garden, and it's now a much pleasanter place.
One of the big problems with the garden has been weeds.
This particular weed appears in its thousands every spring. I don't know what it's called. 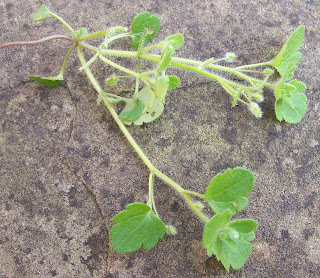 It looks fragile but it has a constitution of iron. It grows everywhere, light or shade. I try to get it before it can seed.
Ten years of pulling it out has reduced it by maybe 10 per cent.
I think there must be lots of weed seeds dormant in the soil.
I don't want to use a weedkiller spray, not for ecological reasons, but just because I don't want to breathe chemicals.
Well, I suppose I'd better get back to my weeding. 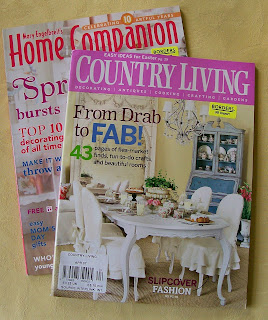 Either that, or read my new magazines.

We had a fun day out on Saturday. My husband took me to the Spring Quilt Festival at Linton near Cambridge.
They have quilt shows there every year in March and November. It's quite a distance to travel, but it's worth it to me to do some shopping, as there is hardly anything in the way of fabric shops where we live. I usually buy my quilting fabric from quilt shows or over the internet.
The show was well attended, and it's always very interesting to look at the quilts on display. There were lots of vendors there, and I spent some money and bought these fabrics. 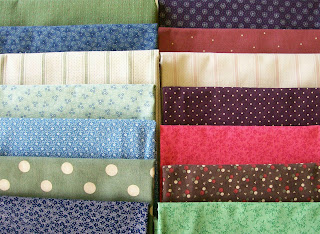 These aren't for any specific project, they're just for stash! Don't you love that big spot print?

Some finished projects to show you: 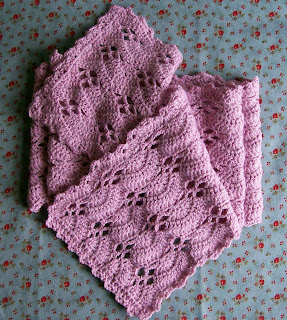 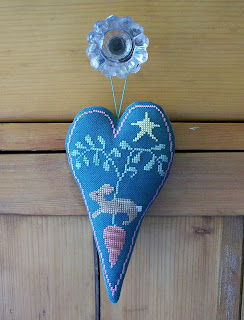 The pink crochet scarf and the bunny ornament I posted about a couple of weeks ago. . . 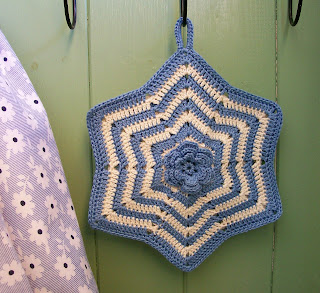 . . .and this fancy potholder for my kitchen. I'm pleased with the way this turned out. I used 4-ply cotton.
My husband says it reminds him of Cornishware pottery. 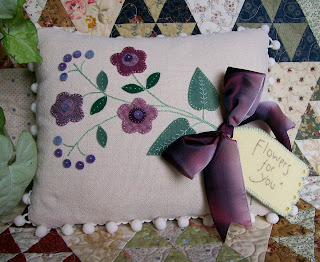 I thought I would show you what I made my mother for Mother's Day this Sunday.
If you're reading this in the United States, you may already know that in the UK Mother's Day is linked to a religious festival and falls in March.
My mother doesn't do computers so there's no way she will be able to peek at what I made her.

If you like the embroidery designs of Crabapple Hill you will probably recognise the pattern. The applique is hand-dyed wool. No, I didn't dye the wool myself! I used heavy homespun "prairie cloth" for the background. I wish now that I had used some in a slightly darker shade. Light neutrals always seem to look whiter in the finished article than they did before.
I used a woven stripe for the back. 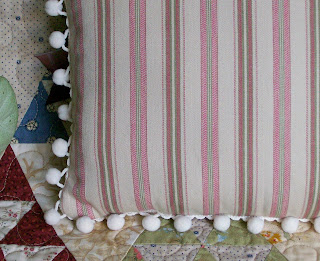 I also potted up some grape hyacinths for her in a weathered pot. Hope she likes them.

Oh, and in case you were wondering, I didn't forget the chocolate! 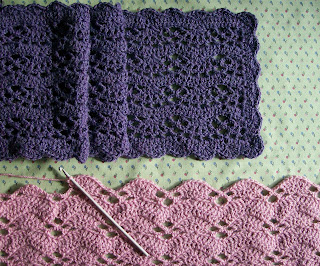 It's been a busy few days craft and sewing-wise.
I finished the purple crochet scarf and started another one in pale pink for my other daughter, the older one, whose favourite colour is PINK in all its forms. 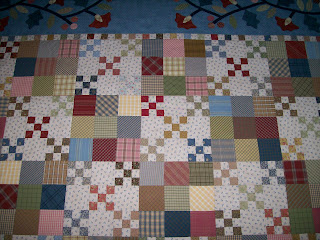 I put some straight lines of quilting in on my quilt, so now it is stabilised and I can do the rest of the quilting at my leisure. 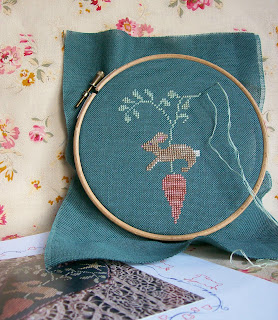 And I've been cross-stitching this sweet bunny and carrot design to make into a spring decoration. 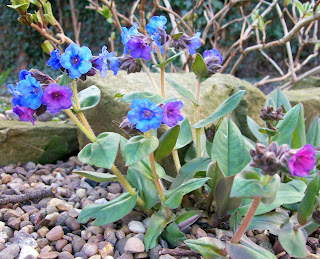 Since we moved to a house with a proper garden, I have become much more aware of nature and the changing seasons. That's even though we live next to a busy road in a town. The warm winter has given everything a head start. This pulmonaria is flowering now in a shady corner of the garden.

I had been thinking for a while that I needed something to do in the evenings. With encouragement from my art student daughter, and partly inspired by all the lovely crocheting currently on various blogs and on Flickr, I have started some crochet.
It's many years since I did any crocheting, and I'm glad I have taken it up again. Once you've got the knack it's quite straightforward to do. Although I do think some patterns are easier to understand than others. It's very absorbing, and best of all, it grows really quickly! 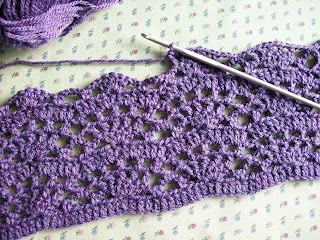 This is to be a scarf for my daughter. She likes to wear darker colours and she particularly likes shades of purple. I am working it the long way, and I think probably twice as wide as this will be wide enough.