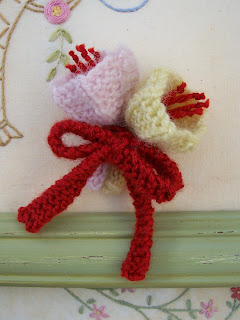 What a long way knitting has come in modern times. From once being regarded only as a cheaper alternative to ready-made clothes, knitting and crochet are now being taken to new levels and given the recognition they deserve - at least in the creative world, if not by the population in general.
When I started knitting garments as a teenager in the 1970's, I had no idea there was so much in knitting that hadn't yet been done. Take knitted flowers, for instance. Who would have thought of it 30 years ago? Yet now it's not only possible, but easy to track down patterns and methods which give good results.
This flower is from Designs for Kids by Lucinda Guy. This book is mainly children's clothes, but there are other fun patterns as well, like stuffed animals and blankets, all knitted. 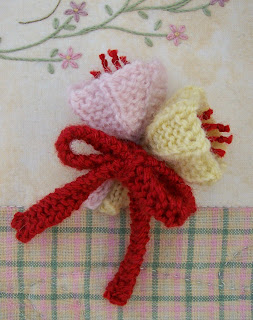 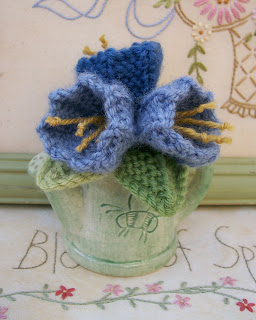 This is the same pattern done in dk weight with some leaves added to make more of a bunch.
The flowers are made on 2 needles and seamed, but the magic of mattress stitch makes the seams virtually invisible from the right side.

*****
I love new books! This is the new title by EllynAnne Geisel, author of the very popular Apron Book. If you like the charm of authentic vintage linens and the special ambience they create, you will love The Kitchen Linens Book. 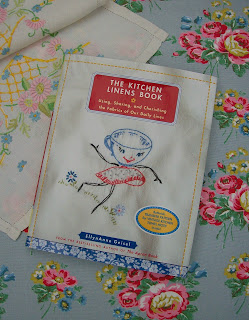 As soon as I opened this book I was drawn in by the wonderful colours and detail of the photographs. Sunbonnet Sue, Scottie dogs, potholders (which in my family were called "kettleholders"), tea towels, aprons, napkins - they are all represented in this book.
The author looks at these everyday textiles of years ago and relates them directly to the traditional patterns of family life. Maybe this is one reason why they strike such a chord with us today.
There is lots of background information to read, including the best way to care for vintage linens and the various fibres they were made from, and there's even a transfer included so you can make your own embroidered tea towels.
This book celebrates the domestic skills of the ordinary women who made and used these honest and beautiful household items. 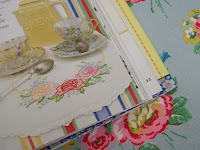 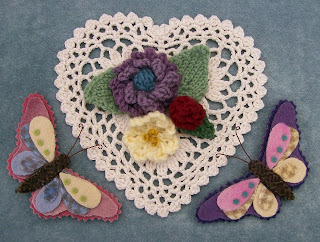 Have a happy Valentine's Day.
Posted by Knot Garden at 07:10

A Week of Hearts: Friday 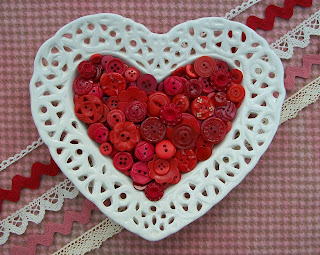 A Week of Hearts: Thursday 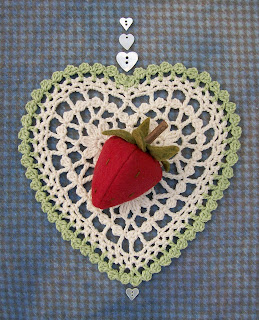 A Week of Hearts: Wednesday 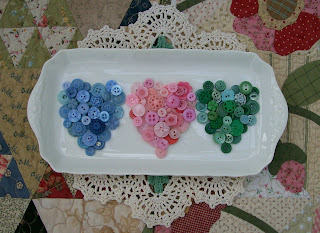 A Week of Hearts: Tuesday 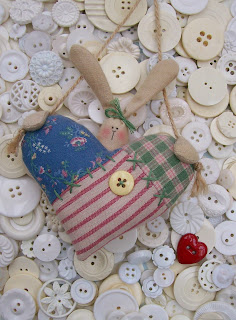 A Week of Hearts: Monday 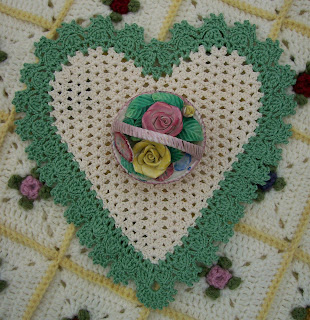 I'll be posting a different heart picture every day between now and Valentine's Day. This is Monday's photo.

A Rose and Some Stripes 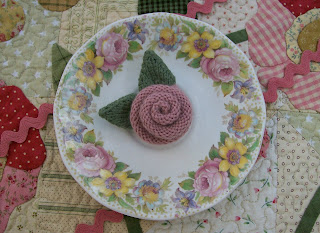 I'm finding myself gravitating towards anything to do with yarn these days. The knitted rose is from Nicky Epstein's Knitted Flowers, although mine doesn't look quite the same as the one in the book.
I used RYC Cashsoft 4 ply and small needles, and I think this makes a nice fine-scale finished piece. 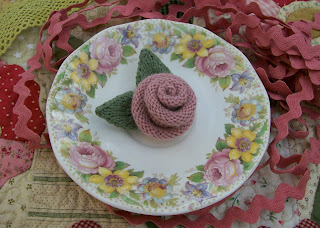 The finished look of this rose depends a lot on how you roll up the knitting to make the rose. It can be a tight or a loose roll. It seems to be a matter of finding the balance between evenly rolling and leaving room for the top edge to curl. It all depends on how you want it to look. I fiddled about with it for quite a while and I'm quite pleasedwith the finished effect. 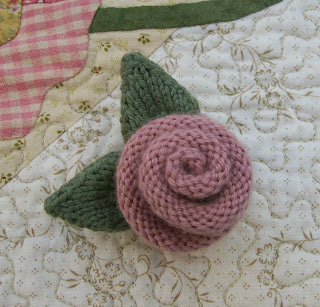 If it's not knitting, it's crochet. 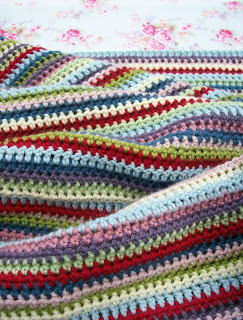 This is what became of the pile of yarn I bought 3 months ago with a striped blanket in mind, and it has indeed become stripes.
I wanted to keep the design simple and let the colours speak for themselves. It's aran weight, which is thicker than my last blanket. It's mainly rows of half-trebles, but to vary things slightly I did the pale blue rows in trebles (I'm using UK crochet terms here). 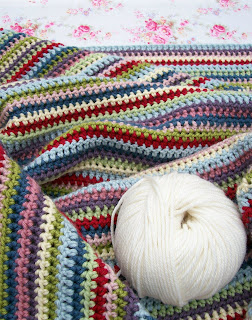 It's almost finished now. I just want to work some sort of edging around, so I'll see how that works out.
This has been so therapeutic to do, I could hardly put it down. Just one stripe after another, stacking up colours.
And at the end of a week of real winter weather, this is my snowy garden. 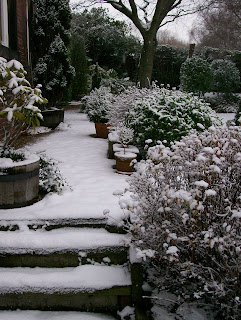 I must admit I do quite like the snow, at least I do when I don't have to go anywhere in it.
I like the stillness of the undisturbed garden, and the reflected whiteness brings a lovely quality of light into the house. 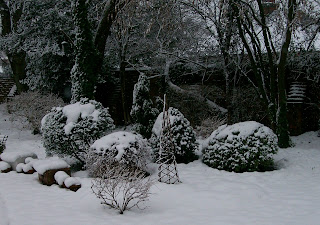