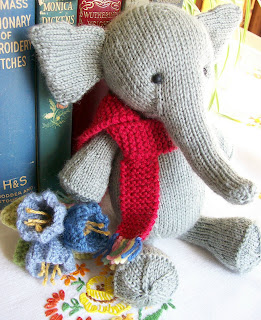 I made this for a friend who loves elephants. This pattern has been around for a while but it's such a clever one, and I've been meaning to try it for ages.
It's an absorbing and fun knit, and was definitely a learning experience for me, but everything is clearly explained in the pattern. 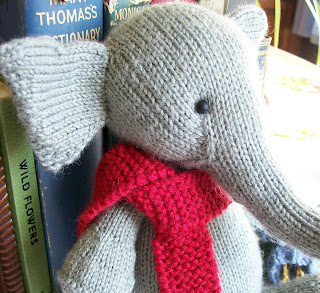 It's knitted entirely on dpns and stuffed as you go. At first this feels like quite a strange way to knit. Even the ears are knitted on in the round and the edges grafted together, so it really is completely seamless, and so cute. 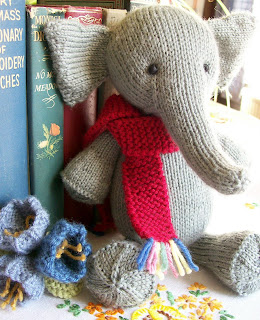 The wool is some dk I already had, which I thought was quite a good elephant grey, but I gave him a scarf as well to add some colour. 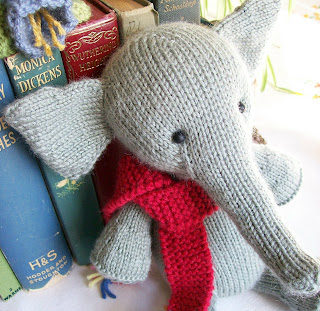 The pattern is Elijah, by the genius that is Ysolda Teague.
Posted by Knot Garden at 21:03 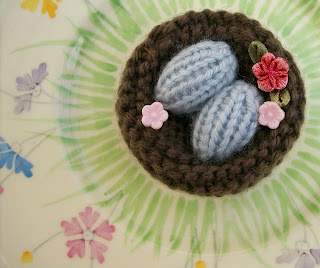 When I was little I used to love tiny things. I still find there's something particularly appealing about something nice that's very small.
The nest is 2" across and is just one of the many details in Alan Dart's Easter Parade pattern for ducklings in the April issue of UK magazine Simply Knitting.
It's knitted flat and seamed, and the eggs are very fiddly, but are sewn in with the seams underneath, which hides a multitude of sins! 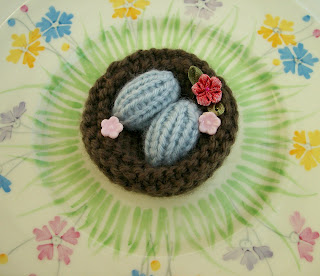 I made the nest as per the pattern, and was going to leave it at that, but then I thought some embellishment wouldn't come amiss, so added the flowers, and I love the effect.

Spring is arriving late in the garden this year, but at last we have snowdrops in flower. 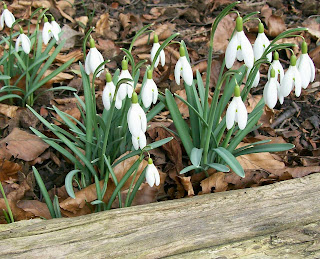 I tried to do some gardening yesterday but it was too muddy, and parts of the ground were frozen. I made a start though and I'm looking forward to sowing the seeds for this year's flowers for cutting.
Posted by Knot Garden at 12:05